The road to success leads through digital access management

Digital locking and mobile access management solutions provider ILOQ, together with Avalon and NTRNTZ production company, convinced the Formula-One star Kimi Räikkönen to sit down on his couch to answer questions that puzzled his fans, to do a cannonball jump into a swimming pool and to tour the Swiss Alps.

The main goal of the Kimi’s Keys to Success campaign was to increase brand awareness of ILOQ in Central Europe, Finland, Sweden as well as Germany.

We wanted to bring forward new sides to Kimi, ones that the great public had not yet had the privilege to see, as well as to encourage people from across Europe to ask him about his life. 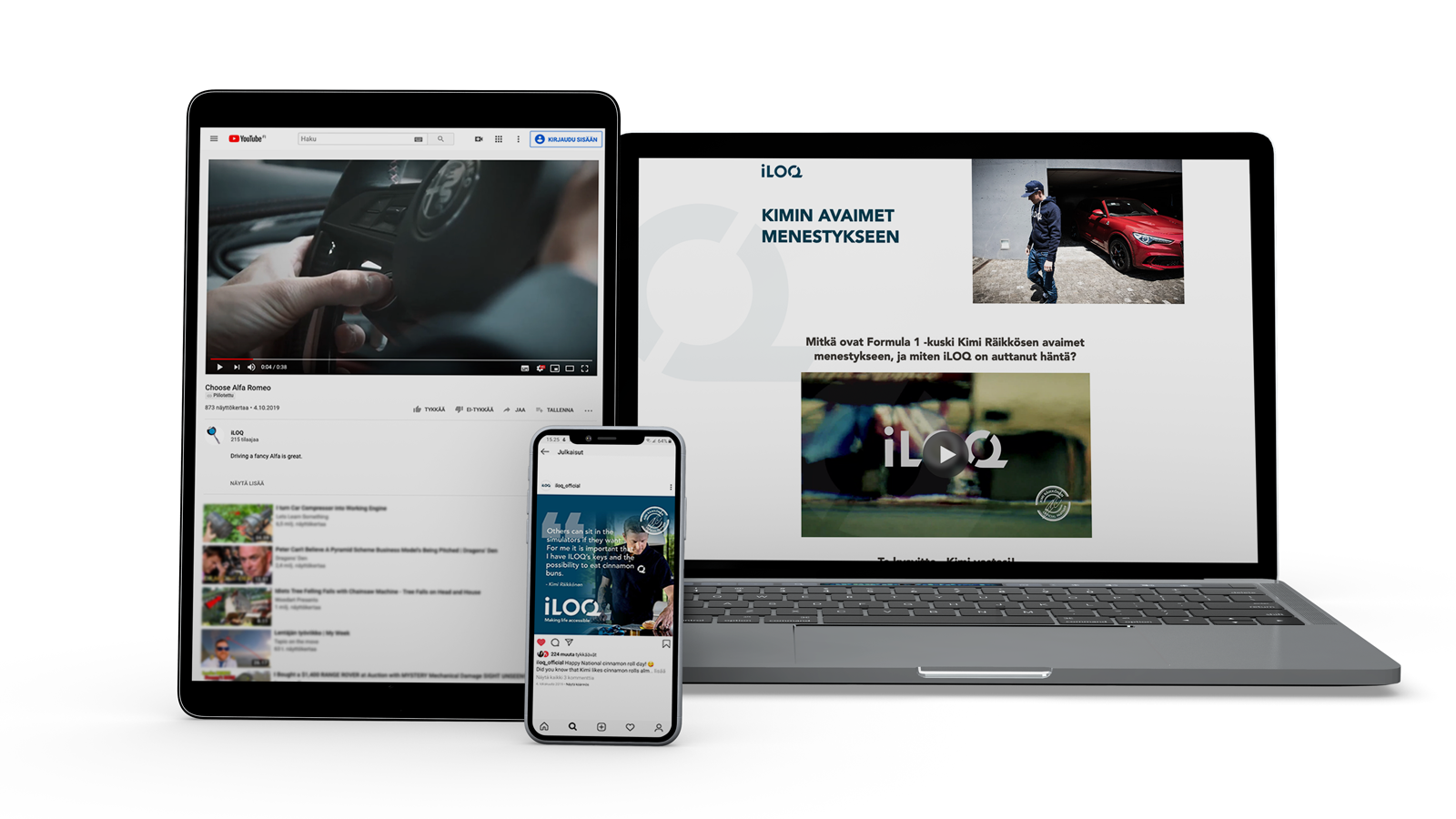 The campaign consisted of five parts, which formed a story continuum. Each campaign segment also functioned independently. The campaign was built around social media and was prominently present in ILOQ’s Instagram, YouTube, Facebook and Twitter accounts for four months. The campaign also included localised landing pages for each destination country. The launch of the different campaign segments was planned to coincide with key events and dates in the Formula-One racing season.

We delivered the campaign as a turn-key project, which encompassed everything from concepting to creative design, content production, photo and video shoots as well as social media account management relating to the campaign contents. The campaign was partly done in collaboration with the ICOM partner network.

In the design and production of the campaign materials we took into consideration the possibility of further use in other marketing communications. The photo and video shoots were done in collaboration with NTRNZ production company over four months, in three locations across Europe, including Belgium where Kimi’s motocross stables are based.

We got off to a good start as we reached half a million viewers in two weeks through social media. The pace accelerated from there as the campaign advanced. It has been great to notice how much Kimi and ILOQ interest people and how this has resulted in an increase in contacts from potential customers.

Collaboration with Avalon has been really forthright, and I have been able to trust the quality of their work.”