PRO BONO CASE: COMPUTERS FOR ALL

Avalon has again taken part in the Computers for All (Kaikille kone) campaign that collects used computers from companies to be donated for school children. Our involvement is pro bono and now, in 2020, our role is larger than before: we are responsible for the campaign message and visuals as well as for the coordination of the marketing communication activities between the companies driving the project.

During the state of emergency taken in response to the corona pandemic, most school children have had no chance but to participate in remote learning. Distant learning, however, requires functioning technology and children who do not have access to their own computers are at an unfair disadvantage.

The Computers for All campaign challenges companies to donate their used laptop computers to school children. This year’s campaign was headed by an alliance of technology companies, including 3stepIT and Microsoft.

The initial campaign target was to raise 1,000 laptops. But a rough estimate suggests that the number of school children without computers in Finland can run into tens of thousands.

Avalon is behind the campaign’s visual identity and key messages. The principle behind the campaign concept is that equal learning opportunities are a fundamental right for all. Unlike most charitable campaigns, the visual style is deliberately fresh and hopeful.

We redesigned the campaign site where companies and individuals can make their donations and designed ready-to-use email and social media messages for the companies involved to use in order to challenge others to join in. 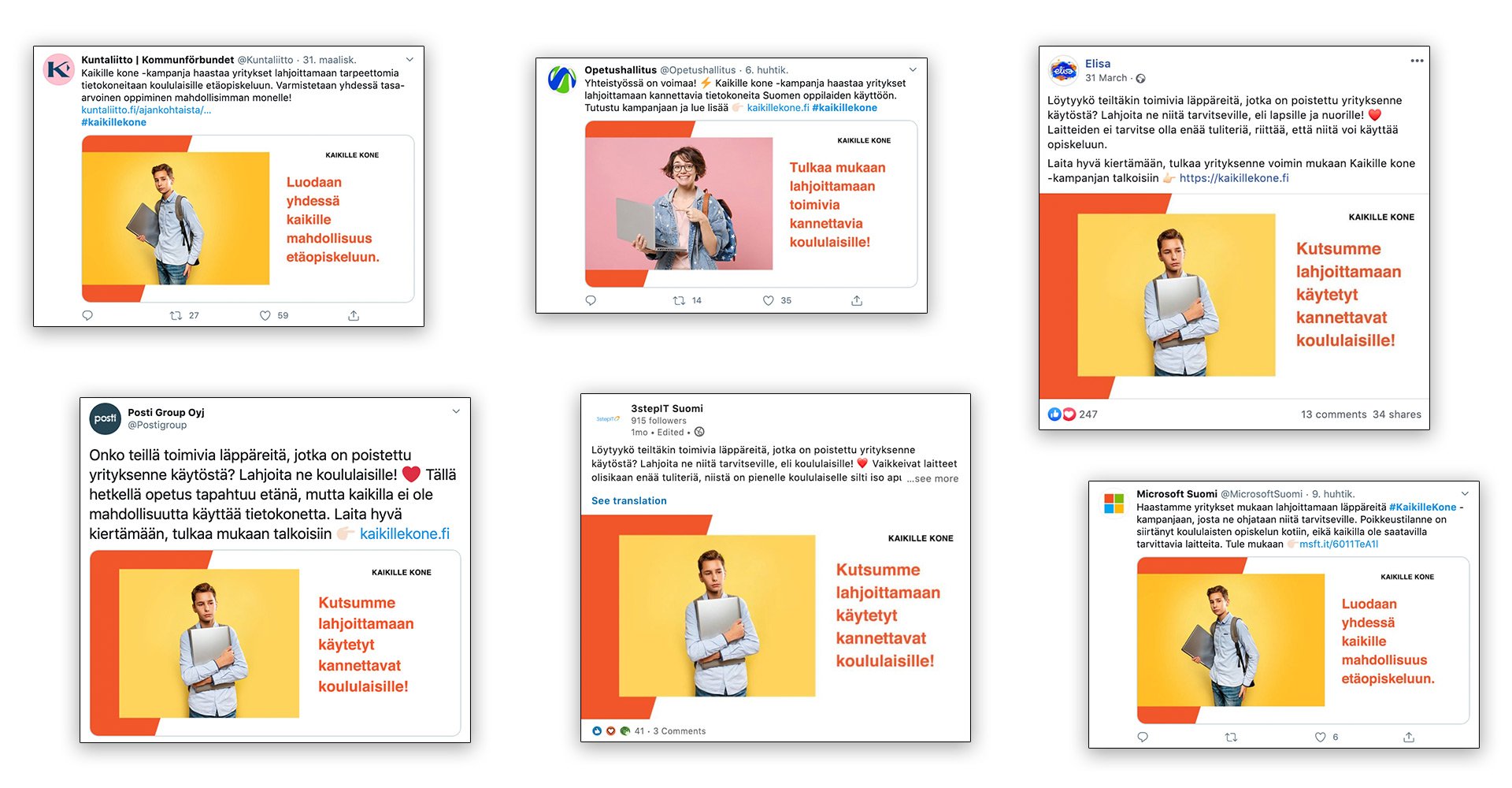 When the campaign was launched, on 31st of March 2020, the target was to raise 1,000 used laptops and 5,000 euros in donations. When the Board of Education mapped out the actual situation, the need for computers turned out to be much greater. During April alone, 7,000 applications came in for the computers.

By 26th of May the number of donated laptops was 951 and money raised was 119,730 euros, which is well above the original target. Thanks to all the donations, it was possible to secure learning equipment for over 1,500 students.